Rumors about the now confirmed Switch Lite and a potential “pro” upgrade to the Switch have been circulating the internet for over a year now. Finally, these rumors have proven to be at least partially true. In a series of minimal press announcements, Nintendo has announced the upcoming Switch Lite. The Switch Lite will be a smaller console that can only be used in handheld mode. The Switch Lite will not be able to interface with the Joy-con controllers like its bigger sibling physically. There are a few games that can only be played in docked or tabletop mode, and the Switch Lite won’t be able to play those games. Thankfully the Switch Lite has more than just caveats. The console will get a significant boost to its battery life ranging anywhere from 3-7 hours depending on the game being played. The system will also come in three new colors. These colors will include grey, yellow, turquoise, and a special edition Pokemon Sword and Shield color variant with a graphic on the rear displaying the new legendary Pokemon. Most impressive Nintendo has managed to shave $100 off the MSRB of the Switch Lite meaning it will retail for $199 instead of $299 which is the price of the base switch model. The Switch Lite will be released this Autumn on September 20th.

Nintendo didn’t Stop with the Switch Lite. They have also announced a new version of their base switch model will be rolling out this fall. This Switch will be branded identically to the previous Switch model, which means consumers are going to have to be vigilant to make sure they are getting the updated console. The updates to this version of the Switch aren’t significant enough to warrant a new name or even the “NEW” moniker Nintendo has used in the past for their 3DS systems. This newer model Switch is confirmed to have better battery life than the previous Switch and its new Lite variant. The battery life for this Switch will range anywhere from 4.5-9 hours of gameplay depending on the game being played. The updated Switch unit will be priced at $299, the same price as the original Switch. It’s safe to assume the older Switch models with the inferior battery life will also still be priced at $299. To avoid buying the older units, shoppers should look at the serial numbers on the boxes. The code for the newer units should begin with the letters “XKW.”

I wouldn’t be too concerned over this as the holiday season is approaching. I anticipate Nintendo will flood store shelves with the newer switch models and Switch Lite, so chances are you will get the newer models if you buy one this fall.

If you have been holding out on a Switch I would recommend waiting until this fall so you can get the best that is being offered, and if you currently already own a switch I don’t see much need to upgrade. If you are worried about battery life, I recommend spending less money and getting an external battery pack.

As for those holding out for a Switch Pro rest assured it isn’t coming out this year or likely next year, so go ahead and find a good deal on a Switch when you find one. 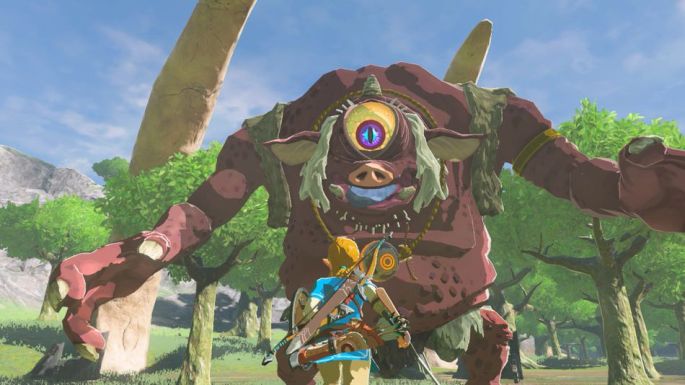 Rumors concerning the impending reveal of a new “Switch Mini” are causing quite the stir online and within Nintendo’s own board meeting. Investors directly ask executives about the possibility of the Switch Mini at a recent meeting. Nintendo only critically said that they wouldn’t prematurely announce any new hardware so they could preserve a sense of “surprise” for their audience.

Nintendo is no stranger to releasing various hardware iterations of their gaming consoles. The last being their “New” Nintendo 3DS which boosted CPU speeds and a few hardware tweaks. The company also released the Nintendo 2DS Which was essentially a wedge-shaped 3DS without the 3D capabilities. Nintendo released the 2DS to achieve a lower price point for their customers who might be willing to give up 3D elements to their games in exchange for a more affordable product.

Some online are suggesting that the Switch Mini may have various technological compromises to achieve a lower price point for consumers. These compromises may be the lack of Joy-cons, a smaller and lower resolution screen, a smaller battery, and perhaps a lower clocked CPU and GPU. Of all of these potential cuts, the clock speed of the CPU and GPU and the battery capacity should be unchanged.

Quite frankly, the LAST thing that Nintendo needs is a less powerful Switch unit. I love my Nintendo Switch despite the raw power difference between the Switch and other consoles, the Switch is still my go-to device for gaming. This is primarily due to the unique selection of games such as Zelda, Xenoblade, and Splatoon, for example. I do however have to admit that the current version of the Nintendo Switch is underpowered. Yes, I said it! Because it’s true! It’s 2019, and Nintendo has YET to provide a home console that can reliably deliver at LEAST a1080p resolution or 60 fps across its games. Some do hit that mark but surely not enough do. Current Generation consoles like PS4 Pro and Xbox 1X are already flirting with 4K resolutions, so needless to Say Nintendo is falling behind on that front.

While Switch Ports like Doom and Wolfenstein are impressive “given the hardware,” I think, fans would just like comparable ports of AAA games without the stipulations. I get it, the Switch is a Hybrid console, so sacrifices had to be made, but also better design choices could have been made. This is where the conversation gets back to the switch mini. If the Switch Mini is less powerful than the current generation Switch, how on Earth will performance fare especially with the switches more ambitious games like Breath of the Wild, Mario Odyssey, and Xenoblade Chronicles 2 (which at some points struggles to run on the current hardware).

I hope that the current Switch model gets a significant price drop and instead of a Switch Mini, Nintendo reveals a Switch-Pro with advanced specs, improved performance, and visuals for existing games.